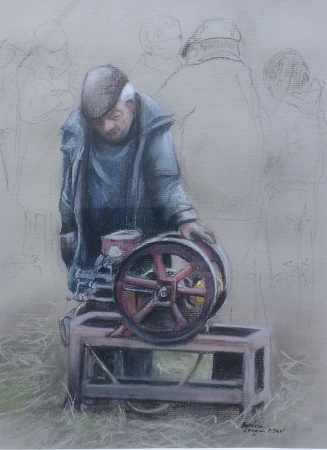 Patricia spent most of her life in the television and film industry as a make-up artist, hairdresser, and wig designer, but at last she has been able to return to creating her art in her home in Ballydehob overlooking Roaringwater Bay.

A talent for art was evident from childhood and art school was planned after ‘A’ levels, but an opportunity to use her creativity in film and television changed her plans.

In addition to her shown works she is in demand for her portraits and her reputation is growing steadily.