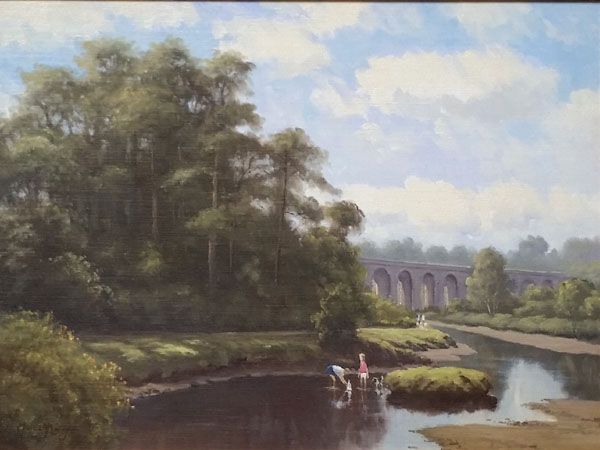 Michael McCarthy has been drawing and painting as long as he can remember. Born in Mallow in 1940, the family moved to Northern Ireland in 1950. It was there that Michael became aware of his ability when he received his first art classes, where he excelled in drawing. An art teacher eventually advised his parents to encourage him in his artistic endeavours. Later the family moved to England where Michael applied, and was accepted into Newark Art College, where he studies life drawing, painting and pictorial composition under the noted British artist Robert Kiddey.

Michael emigrated to Australia in 1966, where he had the good fortune to meet the renowned Australian artist Leonard Long. The artists became good friends and were soon travelling all over the continent, painting such famous places as the Blue Mountain in N.S.W and the Flinders Ranges in South Australia. Michael gratefully acknowledges the profound influence Long had on his Australian experience. As he says, “Painting outdoors, observing nature and light everyday was a wonderful apprenticeship”, and he has been applying these skills painting the irish scene since returning in 1997.

In 1992 he was invited to be artist in residence with the U.S forest service, and spent a year at the Institute of Forest Genetics in the Sierra Nevada Mountains in California, painting major scenes of the national forests for reproduction.