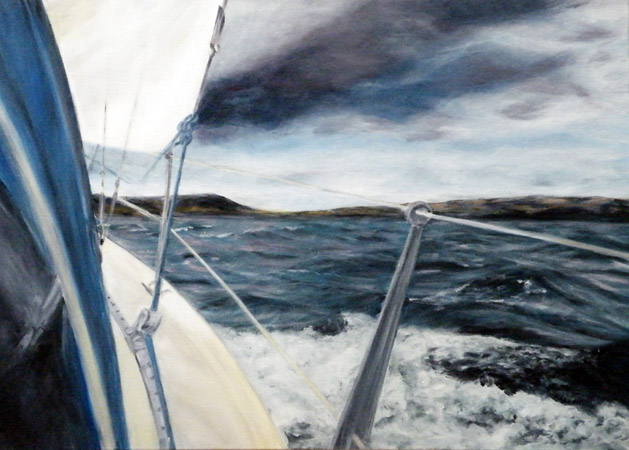 Born in Germany, Margrit O’Shea has lived in West Cork for almost forty years now and could not imagine a better place to live! Intrigued by the ever-changing landscapes and seascapes, she likes to spend a lot of time outdoors. Her camera has been her companion for many years capturing nature’s rapidly changing moods. Later it was joined by a sketchbook and canvas.

The sea has already been the focus of Margrit’s work for a number of years. Being a keen sailor she has experienced and embraced all kinds of weather conditions, from calm to rough seas, light and challenging winds to the power of the tides, which all influenced her work. While she remains fascinated by the ocean’s strength and power and would not be seen far from the sea, her most recent work was also inspired by the sheer beauty of the West Cork landscape, which she experiences on her frequent walks in the countryside.

Margrit completed her degree in Visual Arts with DIT in 2012.