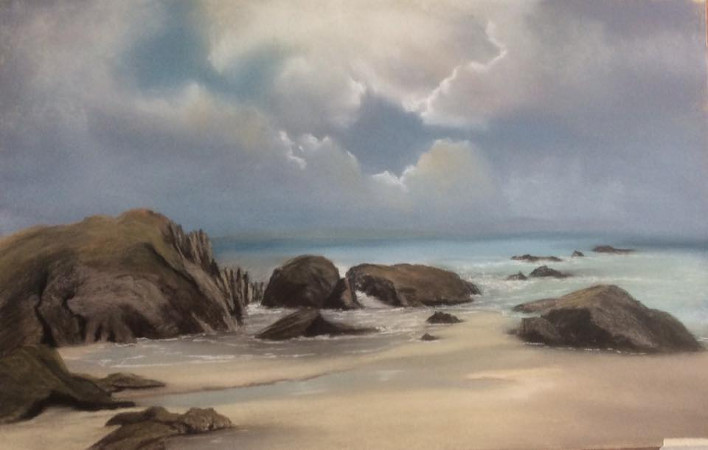 Born in Yorkshire in 1944 Jill moved to Ireland in 1994 where she began her formal painting career. Absorbed and inspired by the natural beauty of her adopted home, she paints both seascapes and landscapes mainly depicting the diverse and beautiful scenery of the region.

“In my work I try to capture the ever changing moods and diversity of the land and sea. My initial works in oil were of the landscape with its ever changing light caused by the mist as it caresses the mountains and valleys of the region. My latest works, undertaken in pastel and oils, are of the sea and the many rugged coves and tranquil beaches around West Cork.”

Jill’s work is held in collections here in Ireland, the United Kingdom, the United States and as far away as Australia. Jill was also a subject in RTE Nationwide in which her work was featured.