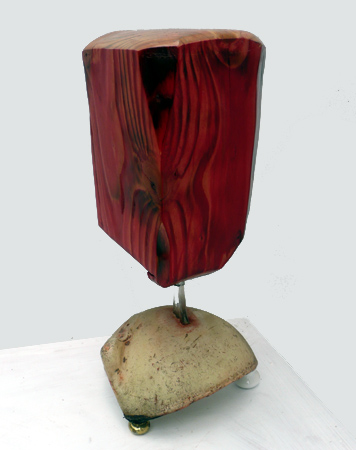 Ian studied at St Martins and Goldsmiths London, and spent some years working in architecture and archaeology in Dublin. He moved to West Cork in 1980 and now devotes his full attention to sculpture and drawing.

Ian’s work mainly comprises pieces composed of found objects which he gathers from many sources, especially from the coastline of West Cork. His inspirations are the landscape, seascape and his sense of fun and the ridiculous. Ian is also known for his pen and ink drawings and his maps.

Ian’s work has been exhibited in Wexford, Rosscarbery, Skibbereen, Schull and Listowel. He has work in private hands in Ireland, England, France and Canada. He also regularly exhibits during the annual Wexford Fringe Festival.

His work can be viewed on his Facebook page ‘Sculpture Gallery Leap’, and on his website http://ianmcninch.com