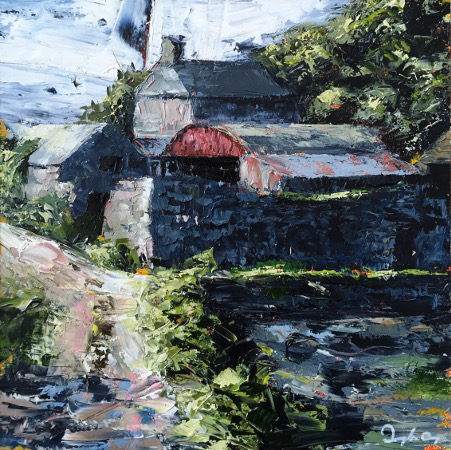 Born in 1961, Donagh Carey is a native of West Cork, Ireland. He moved to Dublin in 1979 where he worked in advertising as an illustrator and graphic designer for 20 years. He has also lived and worked in Canada, England, France and Spain.

In 2008, he returned to West Cork, where he completed a four year DIT Visual Arts degree course. Graduating in 2012, Donagh was awarded a residency in Cill Rialaig Artist Retreat and has revisited regularly to paint and exhibit.

Since Donagh’s initial residency at Cill Rialaig, the nearby island of Skellig Michael, a UNESCO World Heritage Site, with it’s intact monastic Hermitage at the summit, continues to be a source of inspiration for his paintings. He returns each year, finding a different narrative on each visit to inform his work.

Donagh Carey has been the Visual Arts Co-ordinator for the Skibbereen Arts Festival since 2013 and has a consulting role with the recently opened Uillinn: West Cork Arts Centre, Skibbereen.

His work is on show in public and private collections.