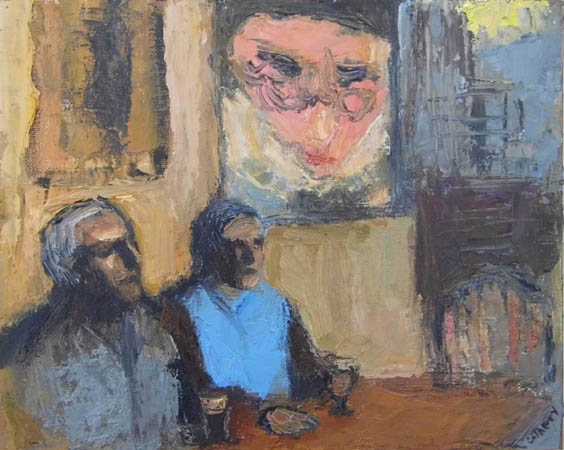 Christine Thery was born and raised in Hong Kong of mixed Russian, French and Welsh descent. She completed a 4 year degree course at Winchester College of Art where she received her B.A. with first class honours.

On receipt of her degree Christine returned to Hong Kong to live on the outer islands in traditional villages. She became involved in a rural farming project as a photographer, photo journalist, illustrator and artist. Whilst there Christine exhibited mainly drawings in pencil, charcoal and ink.

Christine moved to England and began working as an etcher. Subsequently Christine and her husband moved aboard a boat complete with etching press and sailed to the Caribbean and the USA. Before setting off they first visited Heir Island. A few years later they returned to Heir Island to live. Christine started working on etchings and oil paintings of the islands and island life.

Christine’s work has documented many aspects of West Cork and its islands, the people, buildings, landscapes and seascapes. In time her work will be a remarkable reminder of many dimensions of life in West Cork that sometimes go unnoticed, yet are very special and captivating.

Christine has had solo shows of her paintings at the Morris Gallery in Skibbereen every year since 2002. Her work can be found in many collections both private and public. She also sells from her studio on Heir Island and has recently opened a new ‘studio gallery’.